The final NIT quarterfinal on Thursday night is set with Louisiana Tech a slight one-point favorite. The total line for the 10 p.m. (ET) tip from Comerica Center opened at 137.5 points.

With both of these teams coming off a big upset in the opening round of this year’s NIT, they are each playing with house money coming into Thursday’s showdown. I'm going with the Bulldogs straight-up and against the spread as the slight favorite since they are also the slightly hotter team with seven SU wins in their last eight games.

I'm also going with the UNDER on a total line even with the number lower than expected. Given the familiarity between the two Conference USA foes, this game could turn into a defensive grinder.

The Hilltoppers were the top team in the East Division of Conference USA but they got tripped up by North Texas in the conference tournament. Playing opposite of Louisiana Tech as the best C-USA team in the West, they also have the slight 2-1 SU edge in the last three meetings.

Neither game between the two was close this season with each side posting a double-digit victory in back-to-back games in early January. Both games did stay UNDER. As mentioned, I have been more impressed with the way the Bulldogs have been playing lately. 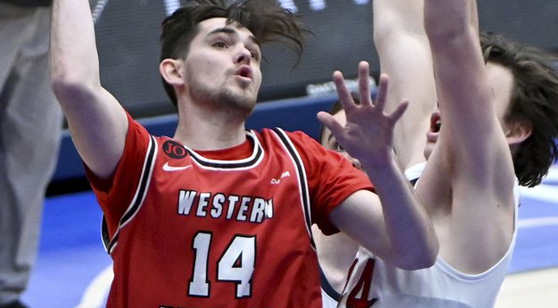 Western Kentucky has been a great 'under' bet lately, with the low side cashing in four straight and five of its last six. (AP)

Western Kentucky does have a SU 12-3 record over its last 15 games as part of a 22-7 record overall. It is 1-2 ATS in its last three neutral-site games. It is 4-5 SU in nine games closing as an underdog.