Thursday’s Quarterfinal Round of this year’s NIT opens with this matchup and on Wednesday morning, the Circa in Las Vegas sent out Mississippi State as a short favorite (-2) over Richmond.

Richmond could still be without its top two scorers in this game. Blake Francis is dealing with a back injury and Grant Golden has missed playing time with a broken finger. Each player is listed as questionable on the current injury report.

Even if they can go, you could make a strong case to take Mississippi State straight-up. The Bulldogs bring in a head of steam into this matchup with their big opening round upset over St. Louis, which was a top seed.

Recent betting trends for both teams favor the UNDER on the total line. These trends would be magnified if Richmond remains short-handed on offense. The opening total at the Circa was installed at 139.5 points.

The Spiders were able to get past Toledo in the opening round of the NIT and there is still enough talent on this roster to advance to the semifinals.

The fact remains that Richmond will still be stepping up in class with this quarterfinal matchup no matter which five players get the start.

The Bulldogs were able to cover against the spread playing Alabama as six-point home underdogs and they beat Kentucky straight-up as four-point underdogs over their final five SEC games.

This is the kind of experience that should serve them well in Thursday’s contest.

They have an even 2-2 record ATS in their last four games played at a neutral site.

The total has stayed UNDER in eight of Mississippi State’s last 12 games. Yet, it has gone OVER in 12 of their last 14 games played on a Thursday. 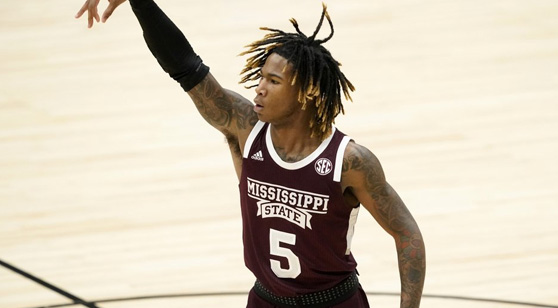 Mississippi State, off a victory, has only won back-to-back games once in its last 18 matchups. (AP)

The total has gone OVER in four of those six games played at a neutral site.