The 2021 NCAA Football Championship (FCS) was whittled down from 24 teams to 16 teams after last weekend's results. It's the second round now, and we have 16 teams vying for eight spots in the next round. There are a handful of exciting matchups on tap, with two matchups on Friday, Dec. 3, and six more games on Saturday, Dec. 4.

The Wildcats have a suffocating defense which will make life difficult on the Crusaders. Gordie Lockbaum isn't walking through that door for the Cross. These teams met in the first round of the 2009 playoffs, with Villanova ousting the Crusaders and stud QB Dominic Rudolph by a 38-28 count. The Wildcats went on to win the national championship that season, the 'Nova is hoping lightning strikes twice.

Villanova, who was No. 8 in the nation in scoring defense, won't give up much to a Crusaders side which lost to Merrimack and Harvard at home. HC is one of the weaker FCS playoff teams, and now it's time to go back to Worcester and toss quarters at Toll Booth Willie. 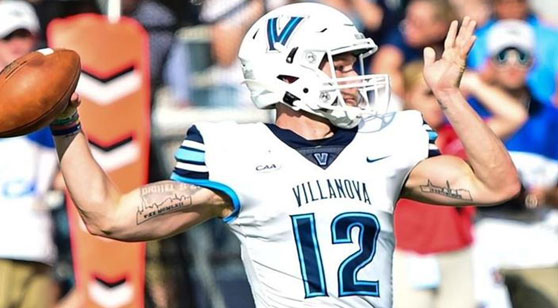 The Griz (9-2) were likely pulling for the Eagles (10-2) to win last week so they could get a rematch against EWU. Montana blew a 21-10 lead heading into the fourth quarter on the red turf in Spokane, as EWU outscored them 24-7 in the final 15 minutes.

The Griz will the revenge they seek in Missoula in a game which also hits the OVER (59.5). A small-unit play on Montana and the OVER is a decent little FCS parlay. Eastern Washington piled up 46.5 PPG this season, as QB Eric Barriere is a machine, while Montana is good for 29.3 PPG. Remember, this Griz team knocked off a ranked Washington in Seattle earlier this season, and they have won the past three by an average score of 31.3 PPG to just 4.3 PPG. 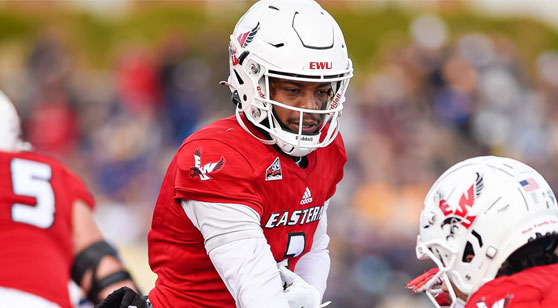 Eric Barriere and Eastern Washington look to put up the points against Montana on Saturday.

The Bearkats, the defending FCS champions, bring a lockdown pass defense into Bowers Stadium on Saturday. Sam Houston yielded just 16 passing touchdowns in 12 games this season, and they will work to keep the high-flying Cardinals at bay.

Incarnate Word snuck by Stephen F. Austin by a 35-28 count in overtime last week in a feel-good game, but they won't be able to shoot down the defending champs. Sam Houston heads into this game with 35 or more points in six consecutive outings, while allowing just 14.7 PPG during the span. Expect more of the same here, as the Conference USA-bound Bearkats (in 2023) add another notch to their FCS playoff belts.