The 2021 NCAA Football Championship (FCS) move on to the semifinals this week, with the remaining four teams playing to determine the championship matchup on Jan. 8 at Toyota Stadium in Frisco, Texas. We have two intruiging matchups on the slate, plus we'll also toss in a pick on the Celebration Bowl between South Carolina State and Jackson State.

The Bison of North Dakota State have been unstoppable across the past 31 games at Gate City Bank Field at the Fargodome, going 30-1 SU. However, that lone loss came against James Madison in the 2016 FCS Semifinals. So you're saying there's a chance?

The Dukes will try and use its high-octane offense to take down the Bison again. James Madison rolled up 40.2 PPG this season, which ranks fourth in the FCS. QB Cole Johnson has passed for 3,569 yards, 39 touchdowns and just two interceptions so far this season, and he'll be looking for his favorite target WR Antwane Wells Jr., who was under 78 of those passes by Johnson for 1,197 yards and 14 scores.

The Bison are a lockdown defense, just ask East Tennessee State. The Buccaneers managed just three points in a 27-3 loss in Fargo last weekend, although, to be fair, ETSU did grab the cover (+25.5). NoDak State leaned upon RB TaMerik Williams for 91 rushing yards and two scores last week, as the pass game was rather pedestrian with just 123 yards and no scores, although QB Cam Miller did run for a TD. FB Hunter Luepke also managed 69 rushing yards and a score. The Bison outgained the Bucs 401 to 165 in total yards, while doubling them up 22 to 11 on first downs.

JMU was just as dominant ousting Montana in Harrisonburg last weekend. Johnson threw for a pair of scores, RB Latrele Palmer rumbled for 167 yards and a score and it would have been even more lopsided if not for two lost fumbles, causing an even diffential in turnovers. JMU cannot afford to turn the ball over if they want to come back from Fargo with a win. 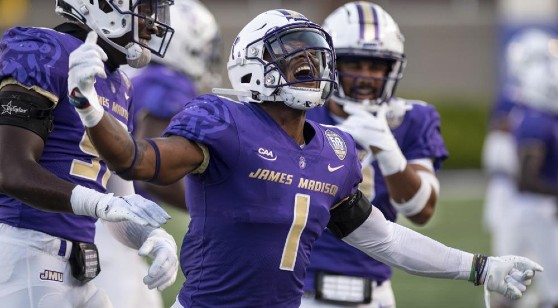 James Madison is the last team to defeat North Dakota State in the Fargodome..

Even if they were to come up short in the Cricket Celebration Bowl on Saturday, the Tigers of Jackson State have already won. A lot.

On National Signing Day, it was announced that the nation's top recruit, RB-CB Travis Hunter from Collins Hill HS in Suwanee, Ga., flipped from a Florida State commitment to the HBCU in Mississippi coached by Deion Sanders, a Seminoles alum. So no matter what happens this weekend, the Tigers have won. But they're not done on the football field, and the team Coach Prime has in uniform Saturday is dangerous.

JSU went 12-1 this season, with its lone setback coming at UL Monroe, an FBS school competing in the Sun Belt Conference. The Tigers led that game into the fourth quarter before falling 12-7.

The Bulldogs of South Carolina State managed a 6-5 record this season, but they won all five games in the MEAC to win the right to face JSU. And two of the losses for the Bulldogs were in September against Clemson (49-3) and New Mexico State (43-35), two FBS schools. The Bulldogs rattled off five wins in six outings down the stretch, with a lone loss against North Carolina A&T on Nov. 13 (27-17). But this Bulldogs team won't have much for the Tigers, led by Deion's son, QB Shedeur Sanders. He is the first player from an HBCU to win the Jerry Rice award as the best freshman in the FCS. Sanders threw for 3,056 yards, 29 touchdowns and six interceptions while running for three more scores. 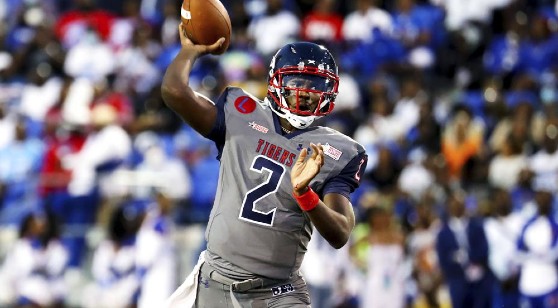 The South Dakota State playoff odyssey continues. It started in California, with a 24-19 win at Sacramento State two weeks ago. They returned home to the Dakotas before traveling to Philadelphia to face Villanova. The Jackrabbits posted a 35-21 win over the Wildcats in Philly to advance to the FCS semis, and hopefully they have cashed in plenty of frequent flyer miles along the way. Now, they're headed for Bozeman to take on the suffocating defense of the Bobcats.

The Jacks have allowed points lately, yielding 21, 19, 24, 21 and 20 across the past five games. But they also have been rolling up some decent totals on offense, including 35 points, 418 total yards and 22 first downs against Villanova. The Jackrabbits also posted 266 yards on the ground, with most of the heavy lifting done by RB Isaiah Davis, who ripped off 174 yards and three scores last weekend.

The Montana State Bobcats are home, and that will help. They ousted the defending champions from Sam Houston State last week in Huntsville, Texas, and it wasn't even close. Not shocking was the fact MSU allowed just 19 points, but the Bobcats registered 42 points, and that wasn't predicted by anybody. It helped that they won the turnover battle 3-0, and they won the rushing game 190 to 79. If MSU can have that kind of success stopping the run this week, they might be headed back to Texas, but this time for a much larger prize. Still, I think South Dakota State is just too powerful, and will prevail in the end.