The Avalanche have scored over their last two games, and have won six straight overall. St. Louis is coming off of a 10 goal game while seeing at least one team score four goals in four of its last five games. The goal total has also failed to go UNDER in three of the last four meetings between both teams.

St. Louis has been able to keep games close against Colorado, if not win. The Blues have covered the +1.5 puck line in four of its last five games against Colorado, which is a rare cheap -122 line. Oddsmakers expect lots of Colorado goals when reding the lines, so feel free to prop bet in the Avs' goal-scoring corner with plus value for consistent threats such as Mikko Rantanen or Nathan MacKinnon. 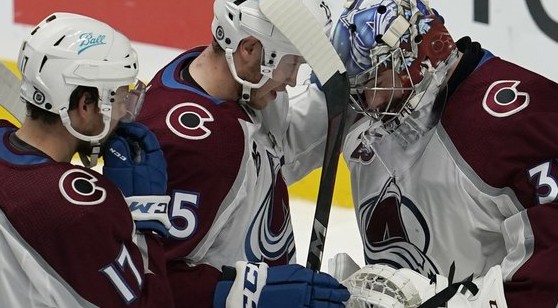 The Colorado Avalanche have gone OVER the goal total in four straight home game after winning the game prior. (AP)