This is do or die for both teams as the loser goes home and the winner moves on to face the Colorado Avalanche. It's tough to take Vegas after the team dropped back-to-back games against Minnesota, outscored 7-2 in those two games.

Vegas has, however, won eight of its last 11 games when playing inside the T-Mobile Arena. So despite a Game 5 loss at home, Vegas' conviction should be at home. Also, keep in mind Minnesota has failed to cover the puck line in seven of its last 10 games. So if you fancy these trends, go with Vegas winning but don't consider the expensive ML.

Also consider the goal total going UNDER in Game 7. The goal total has gone UNDER 5.5 in five of the last seven meetings between both teams and has a rare plus-value tonight. 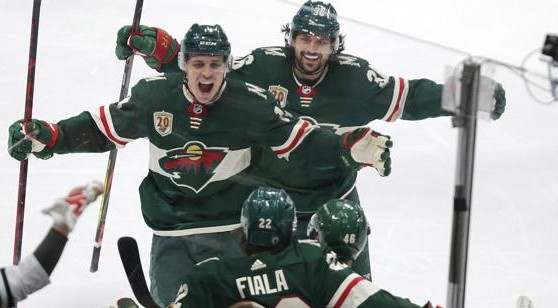 Five of the last seven games played between the Minnesota Wild and the Vegas Golden Knights have gone UNDER the goal total . (AP)