The greatest rivalry in college basketball will see another installment when the North Carolina Tar Heels (15-9, 9-6 in ACC play) host the Duke Blue Devils (11-10, 9-8 in ACC play) on Saturday. This is an unfamiliar position for both teams though. Both North Carolina and Duke are squarely on the bubble, and the loser of this game will see their NCAA Tournament hopes take another hit.

North Carolina is probably one win away from claiming a spot in March Madness. Although the Tar Heels’ decision to schedule Marquette backfired in a big way, UNC’s subsequent win over Florida State showed the potential of this team.

The Tar Heels have been a much better team in Chapel Hill than they have been on the road. UNC is 9-1 at home compared to 3-7 on the road, so Roy Williams is very happy this game is at the Dean Dome.

Duke has been more competitive over the last month. The Blue Devils were 7-8 after a home loss to Notre Dame on February 9, but they responded with four straight victories. They took down Virginia by a single point during that stretch for their best victory of the season.

Unfortunately, they have lost two heartbreakers in overtime over the last week. Duke fell 80-73 to Louisville last Saturday despite 37 points from Matthew Hurt, and the Blue Devils lost 81-77 to Georgia Tech on Tuesday. One of North Carolina’s few road victories this season came at Cameron Indoor Stadium last month.

The Tar Heels bested the Blue Devils 91-87 behind a great outing from Caleb Love and some dynamite three-point shooting. UNC went 10 of 15 from beyond the arc in the victory. 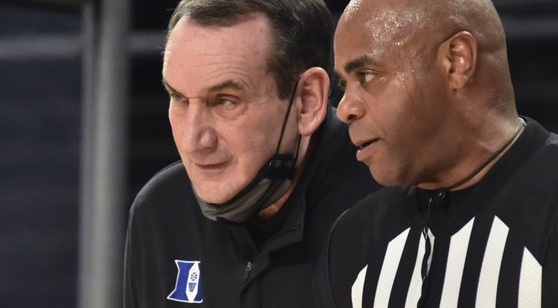 The Duke Blue Devils are currently on the outside of March Madness, desperate for a win against rival North Carolina. (AP)

Matthew Hurt has been great for Duke this season. Hurt is the only reason the Blue Devils are still on the bubble. He leads the team with 18.9 PPG, and he is knocking down 57.1% of his field goals and 45.9& of his threes. Additionally, Hurt is the team’s leading rebounder (6.2 RPG), underscoring his importance.

We haven’t seen another player step up for Duke since Jalen Johnson announced that he was sitting out for the remainder of the season in mid-February and preparing for the NBA Draft. D.J. Steward is the second-best three-point shooter for the Blue Devils, making 33.6% of his threes, but the team is averaging just 35.2%.

Jordan Goldwire has been a solid distributor (4.1 APG) and does a good job creating turnovers (2.3 STL) but is making less than 40% of his field goals. Duke’s problems are even bigger on the defensive end.

The Blue Devils are allowing opponents to make 36.8% of their threes (310th nationally), and they rank outside the top 200 in most defensive categories. They have had a hard time stopping opponents from collecting offensive rebounds too. 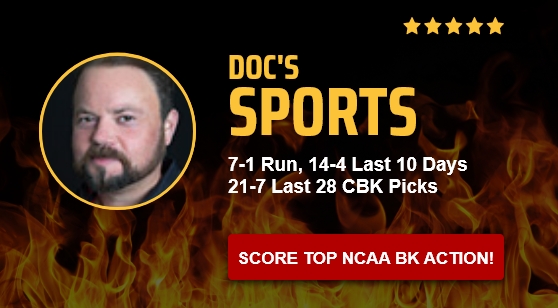 Bacot and Sharpe have been the most efficient scorers on the roster. Bacot is knocking down 62.4% of his field goals, while Sharpe is hitting 51.9% of his shots. We saw Bacot have one of his best games of the season in UNC’s loss to Syracuse on Monday as he finished with 18 points and 15 rebounds.

The Tar Heels only have two reliable three-point shooters. Brooks is knocking down 40% of his three-point shots, and Kerwin Walton is hitting 41.2% from downtown. No one else on the roster is making more than 33.3% of their treys, so opponents only have to focus on a couple perimeter shooters.

UNC is one of the least efficient offensive teams in the nation. The Tar Heels rank outside the top 250 teams in terms of effective field goal percentage (48%), and they are making just 30.4% of their threes as a team. Fortunately, this team does a solid job on defense. Opponents are making just 46.9% of their two-point field goals against the Tar Heels, and they rank 21st in adjusted defense according to Ken Pomeroy.

Inside the Stats – UNC Tar Heels

The Tar Heels have been great at home this season. Although there won’t be the raucous atmosphere that usually accompanies a meeting between these Tobacco Road rivals, North Carolina will use the home court to its advantage to pick up a big win.

WHERE TO BET DUKE-UNC