Saturday’s top Big Ten showdown sends the No. 4 Illinois Fighting Illini on the road against the No. 7 Ohio State Buckeyes at Value City Arena. Tip-off is set for 4 p.m. (ET) and ESPN will broadcast the game nationally.

Ohio State gets the opening nod in this matchup as a slight -1.5-point home favorite. The opening line for betting the total has been set at 151.5 points.

Illinois has just one straight-up loss in its last 11 games while going 8-3 against the spread. It is 7-1 SU (6-2 ATS) in its last eight road games. The total has gone OVER in four of its last five games overall.

The Fighting Illini lost to Ohio State on Jan. 16 by six points as seven-point home favorites. They are 1-4 SU and 2-3 ATS over the past five meetings. The total has gone OVER in three of the last four games between the two.

Ohio State has slid to 12-7 SU (11-7-1 ATS) in Big Ten play with losses in its last three outings. This includes Sunday’s 16-point lost at home to Iowa. The total stayed UNDER in its last two games.

The Buckeyes have lost their last two home games as part of a SU 10-3 record at home this season. They are 2-4 ATS in their last six games played at home. 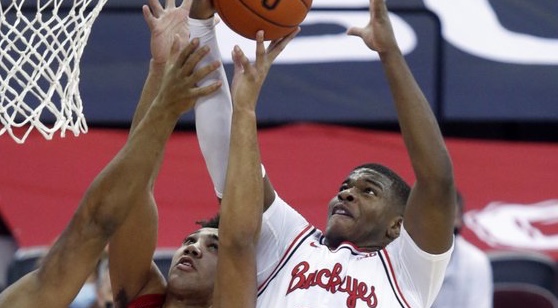 E.J. Liddell and the Ohio State Buckeyes take on the Illinois Fighting Illini in Columbus, where the Buckeyes are 11-3 overall. (AP)

Illinois (15-4) is set as the No. 2 seed for the upcoming Big Ten Tournament. This is also the hottest team in the conference heading into the postseason coming off an impressive 23-point road win against the top-seed Michigan Wolverines on Tuesday night.

The Fighting Illini got a strong effort from Andre Curbelo in that win with 17 points. They also played extremely well on defense in holding the Wolverines to just 53 points.

What makes this win even more significant was the continued absence of Ayo Dosunmo from the lineup. Still questionable for Saturday with a nose injury, the junior guard leads the team in points (21) and assists (5.3). 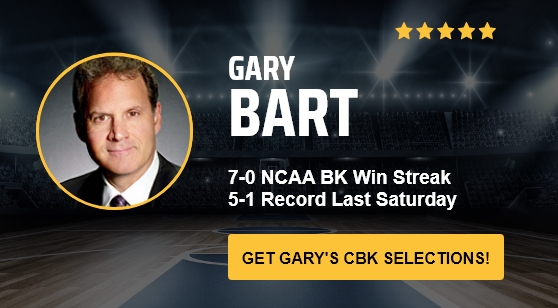 The Buckeyes have slipped to fifth place in the Big Ten standings with the three-game slide. They could still grab the No. 3 seed for the conference tournament with a win on Saturday and some help.

Sophomore guard EJ Liddell has led the team in both points (15.9) and rebounds (6.7) this season. He has surpassed his scoring total four of his previous five starts. Guard Duane Washington Jr is a close second on that list with 15.5 PPG.

The Buckeyes’ overall scoring average stands at 77.2 points with 36 rebounds a game. They are shooting 46.3% from the field while connecting on 36.4% of their shots from three-point range.

Defensively, Ohio State has allowed an average of 78.7 points in its last three games as opposed to a season average of 69.8 PPG.

Betting against Ohio State at home always comes with some level of risk. However, this matchup is a clear case of going with the hot team. Illinois continues to find ways to win with its best player out of the lineup. Taking a true team approach to Saturday’s matchup, I like the Fighting Illini’s chances to avenge that earlier loss to the Buckeyes.

In order to get another big win on the road, I'm banking on another stellar effort on defense by Illinois. This should help keep the total UNDER the current betting line.

WHERE TO BET ILLINOIS-OHIO STATE