The final contest on the third day of NBA playoff action delivers Game 2 of the the West's 2-7 matchup at AdventHealth Arena.

The No. 2-seeded Los Angeles Clippers and the No. 7 seed Dallas Mavericks are tied 1-1 in their best-of-seven first-round series. 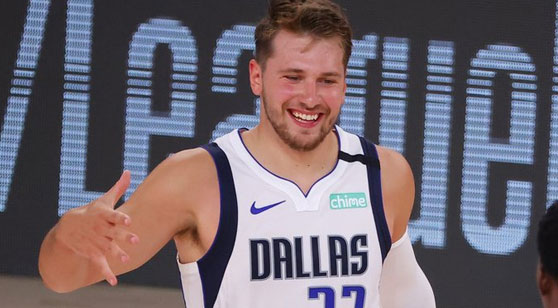 Luka Doncic led Dallas with 28 points in Game 2 as the Mavs are tied with the Clippers at 1-1. (AP)

The Mavericks fell into an early hole in the series opener, but Dallas rallied back to take a three-point halftime lead. However, the Mavs struggled to score in the third quarter as Dallas lost to Los Angeles, 118-110.

Game 2 was a different story as the Mavs led again at halftime, but pulled away in the third quarter by outscoring the Clippers, 37-29. Dallas grabbed a 13-point victory as five-point underdogs to even up the series with Los Angeles. Luka Doncic posted a 42-point effort in Game 1, while scoring a team-high 28 points in Game 2. Kristaps Porzingis bounced back from being ejected in Game 1 to score 23 points in Game 2 for Dallas, as the Mavs shot 50% from the floor and knocked down 13 three-pointers.

Six Clippers scored in double-figures in Game 2, as Kawhi Leonard led the way with 35 points on 10-of-21 shooting. Paul George struggled from the floor by hitting 4-of-17 shots, including 2-of-10 from three-point range, while putting up 14 points. Los Angeles converted 30 free throws, but hit only 44% of its attempts from the floor, compared to 47% in the series opener.

Clippers vs. Mavs
How to Handicap Game 3

The Clippers had their three-game ATS hot streak snapped in Game 2, as Los Angeles has yet to suffer consecutive ATS losses in the bubble. L.A. had won five straight matchups with Dallas dating back to last season prior to Wednesday's loss, while the Clippers covered in all five of those contests.

Los Angeles is riding a five-game winning streak off a loss since late February, while all five of those victories came by double-digits.

The Mavs have been one of the worst teams in the bubble from an ATS standpoint, but all three victories came outright in the underdog role. Dallas will be listed as a 'dog likely the rest of the series unless the Clippers have any significant injuries.

Rick Carlisle's team is 4-6 ATS since the All-Star break as an underdog, but the wins have come against the Clippers, Jazz, Bucks, and Nuggets.

Beverley scored eight points in Game 1, but missed Game 2 with a left calf strain. The Clippers' guard is listed as doubtful for Game 3, as Beverley sat out five games during the seeding round.

The Mavericks have led after the first quarter in each of the first two games, so that is a positive sign for Dallas. It's hard to ignore how well Los Angeles has played off a loss (5-0 SU/ATS last five), while George obviously needs to shoot the ball better in Game 3. Doncic and Leonard will get their points, but the supporting cast is always the X-factor to success.