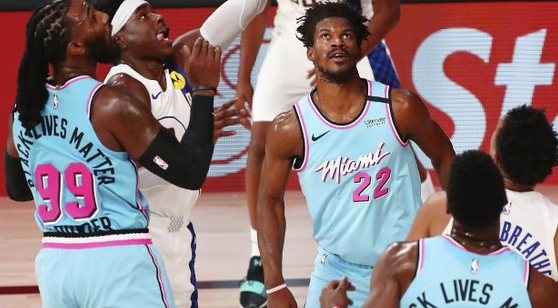 The Heat went 2-1 both straight up and against the spread in three regular season matchups against the Bucks. (AP)

The other side of the Eastern Conference Semi-Finals will tip off the opening game of its series between the top-seeded Milwaukee Bucks and the fifth-seeded Miami Heat in Disney’s Wide World of Sports on Monday night. Miami looked to be in peak-form in its first round series with the Indiana Pacers, as Jimmy Butler and company completed a four-game sweep of the unit sitting directly above them in the standings in emphatic fashion.