Appalachian State and Norfolk State square off in the second play-in game on the campus of Indiana University at Simon Skjodt Assembly Hall on Thursday at 8:40 p.m. ET on truTV. These teams are battling for the right to face No. 1 seed Gonzaga in the West Region.

First things first, however, as these Sun Belt and Mid-Eastern Athletic Conference representatives must square off against each other in a very evenly matched game, with App State favored by three points with a total of 134.5.

Appalachian State won and covered four straight in the Sun Belt Conference tournament. While that wasn't terribly shocking, it was a bit surprising considering the Mountaineers ended the season on a 1-6 SU/ATS run.

Norfolk State ran through North Carolina Central and Morgan State in the MEAC tourney, and they had a little bit of an advantage since the event was held in Norfolk. The Spartans have won six straight, while covering the past five in a row. They have been more consistent, and are the play here in what should be a close one.

The Mountaineers are on a four-game win and cover streak, and they're favored to top the Spartans. But they're just a week or two removed from a 1-6 SU/ATS skid, and that type of inconsistency makes Norfolk State look like a bit of a value here.

The Spartans didn't have a lot of work outside of the conference this season, but they did post a solid 83-73 win at James Madison as a 4.5-point underdog on Nov. 27, and they won 57-54 against a decent Radford team on a neutral court. Norfolk State also topped George Mason on the road, winning 68-65 as 10-point underdogs on Dec. 26.

The Spartans have been playing more consistent basketball this season, and they are worth a look over the Mountaineers, who will be playing their first NCAA Tournament game since 2000. 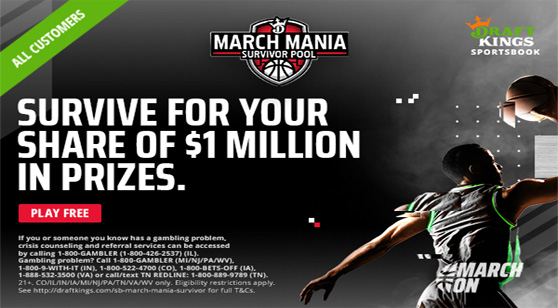 App State has been a little inconsistent this season, and they didn't quite look ready for prime time when they were roughed up by Tennessee on Dec. 15 by a 79-38 count, and they were topped 67-53 at Auburn on Dec. 22.

Even the totals are inconsistent with App State. The OVER and UNDER alternated in the four games in the SBC tourney, and the OVER/UNDER is 10-10 across the past 20 for the Mountaineers.

The Spartans needed just two wins at the Crown Arena in Norfolk to push past Morgan State and NC Central. Norfolk State has shown a lot more consistency, though, ripping off wins in eight of the past nine games while also covering seven of the previous eight.

Norfolk State was solid outside of the conference, too. They didn't have a lot of non-conference tilts, but they did post nice wins at James Madison and at George Mason this season, while also securing a non-conference win over former conference foe Hampton and a neutral-site win over a decent Radford side.

Like App State, the totals are a little inconsistent. The Spartans saw a 8-0 OVER run from Jan. 9-Feb. 7, but then the UNDER has cashed in five of their past six heading into the NCAA Tournament.

Adrian Delph was amazingly consistent throughout the regular season, leading the team with 12.4 points per game while contributing 4.2 boards, 1.3 assists and 1.3 steals per game. He is also the one to watch at the end of games, hitting 89.2 percent from the free-throw line. Michael Almonacy was the fourth-leading scorer in the regular season at 11.4 PPG, but he stepped up in the SBC tourney with 21.8 PPG, including 32 in the title game against Georgia State.

Norfolk State's Joe Bryant, Jr. rolled up 23.5 PPG in the MEAC tourney while grabbing 3.5 RPG, and he hit 88.9 from the charity stripe. He was one of just two Spartans with double-digit points, as DeVante Carter was the big man on campus with 15.9 PPG, 5.0 RPG and 3.8 APG, all team highs. 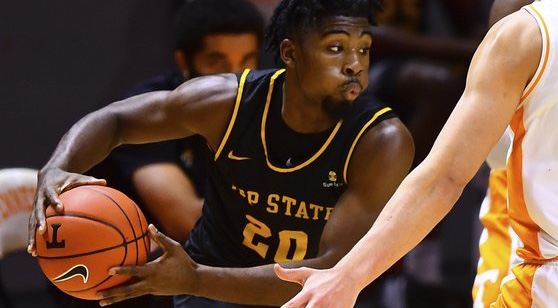 The Appalachian State Mountaineers won five of their last six games to reach March Madness, covering the spread in all five wins. (AP)