The 2021 NCAA Tournament begins on Thursday March 18 and runs through Monday April 5.

Prior to the event, we've decided to lean on our VegasInsider.com College Basketball experts handicapping stable to help you with your picks and predictions.

The majority of our experts have responded with the winner of each NCAA Tournament Region, plus they've selected their champion that will be crowned on Monday, Apr. 5, 2021.

Based on the 26 VI college basketball experts that responded, the top choice to win this year's NCAA Tournament is Gonzaga.

The Bulldogs of Gonzaga will enter this year's tournament as the clear-cut favorite, listed at most betting shops in the +200 neighborhood.

Our friends at ASA believe numbers don't lie and Gonzaga is the top choice.

They explained, "Zags are 1 of just 3 teams in the nation ranked in the top 10 in both offensive and defensive efficiency (Illinois & Michigan are the others). They are the top shooting team in the nation with 4 players averaging between 11 PPG and 19 PPG. Of their 7 players who average double digit minutes, 6 of those players shoot better than 50% from the field. The knock on the Zags in the past was their strength of schedule and those questions aren't going away any time soon playing in the West Coast Conference. However, we're not sure how they could be anymore dominant winning every game in their league by double digits."

"In fact, they only had ONE game all season with a margin of victory of less than 10 points and that was a five-point win over West Virginia back in November. Their non-conference wins by 10+ points include Virginia, Iowa, Kansas, and Auburn. You need NBA players on your roster to win the National Championship, right? The Zags have just that in two potential top 10 picks in Jalen Suggs and Cody Kispert. They are the only team in the field with two players projected to go in the top 15 picks."

Even though ASA is buying Gonzaga, we have 16 experts that aren't sold on the small school out of Spokane.

Eight individuals are buying Illinois out of the Big Ten and the Fighting Illini are getting a return anywhere between +700 and +800 at most legal online sportsbooks.

Texas, Baylor and Alabama are the only other schools to receive multiple picks to win this 2021 NCAA Tournament. 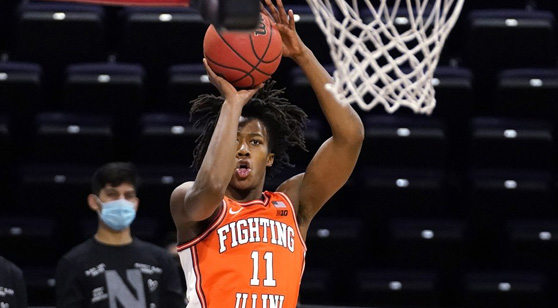 Illinois is one of the hottest teams in the country, winners in seven straight and 13 of its last 14 games. (AP)

Of the four regions in this year's NCAA Tournament, the majority of our experts believe Gonzaga and Baylor have the easiest paths to win the West and South regions respectively.

However, our experts are divided on the East and Midwest regions as we have six schools picked to win in each group.

Even though Michigan is listed as the favorite to win the East, our experts believe No. 3 Texas and No. 2 Alabama can knock off the No. 1 seed.

VI expert Joe Nelson made a great case for the second-seed, the Crimson Tide.

He said, "Alabama is the only truly elite defensive team in the East region and Alabama wouldn't see a top 20 defense until facing Michigan (or St. Bonaventure) in the Elite Eight. Michigan's current form in losing three of the past five while likely without a key player moving forward doesn't suggest a #1 seed performance. Texas is a weak #3 in the East, rising in stature with a Big XII championship run that featured only two wins, as the case for Alabama to win this region is realistic."

"With down years for the traditional powers, the SEC was perhaps underrated as it was a deep league and among #1 and #2 seeds only Illinois produced more top 100 wins than Alabama. The lack of tournament experience for this group is a valid concern but there were 12 wins away from home posted by the Tide. In trying to pick outside the #1 line, the Tide have legitimate credentials and a path that could play out favorably. Certainly Alabama would be an underdog against Illinois or Gonzaga but those popular contenders have some serious upset threats lined up in the potential Round of 32 and Sweet 16 games." 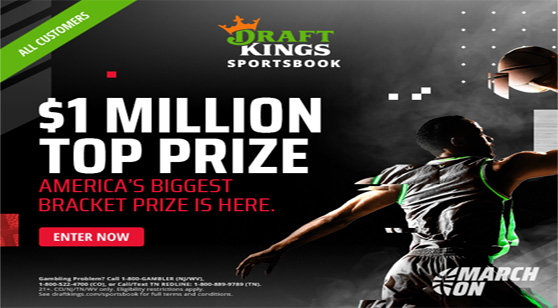 Illinois was the second most popular pick to win this year's NCAA Tournament and it shouldn't be a surprise that they're the top choice to win the Midwest.

Brian Edwards, a long-time VI college hoops handicapper, believes the Big Ten school can go 4-0 and reach the Final Four plus he sees a championship game in their future too.

Edwards made his case for the Illini to go 4-0 and earn a spot in the championship game too.

"Illinois is rolling with all sorts of big-boy wins in recent weeks. Brad Underwood's club will have to get through a pair of 40-minutes wars with Oklahoma St. and West Virginia just to make the Final Four. Then the Big 12's best team, Baylor, will await in the national semifinals. The Illini will survive those hurdles before knocking off Alabama on Monday night in the finals."

After Illinois, the No. 2 Houston Cougars were selected by seven experts while No. 3 West Virginia was picked three times.

Listed below are all of the consensus predictions for all of the NCAA Tournament Final Four regions and champions. 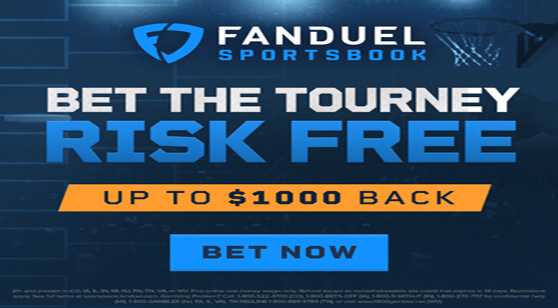